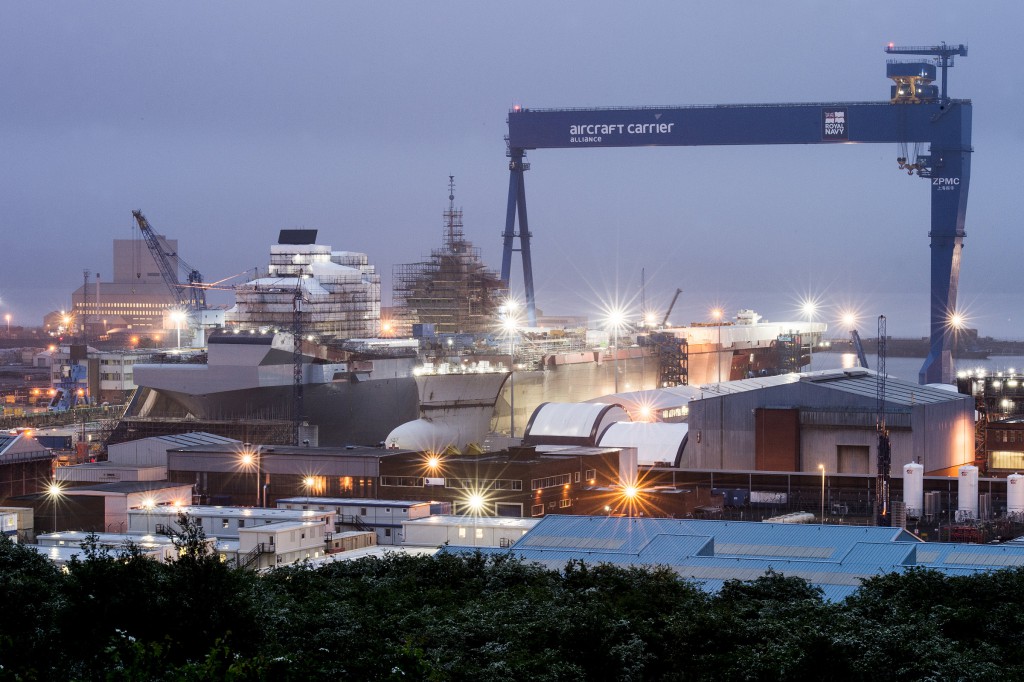 Construction continues on the HMS Queen Elizabeth, at Rosyth Dockyard in Scotland. Seen here a view of the carrier build from HMS Caledonia.

HMS Queen Elizabeth is the largest aircraft carrier ever to be built for the Royal Navy, weighing a hefty 65,000 tonnes.

She measures 283m from bow to stern and is 70m wide: her flight deck alone is just under four acres in length. She will have a crew of 680, with room for a further 900 personnel from embarked squadrons or Royal Marine Commando units.

Merlin helicopters will operate in the Anti-Submarine Warfare (ASW) and Airborne Early Warning (AEW) roles, as well as providing force protection and conducting other roles, including evacuating medical emergencies and the all-important collection of mail.

The Navy is shortly due to take ownership of the Merlin Mark 3 aircraft from the RAF, which will also operate from QEC carriers. These will replace the Commando Helicopter Force’s venerable Sea King Mark 4.