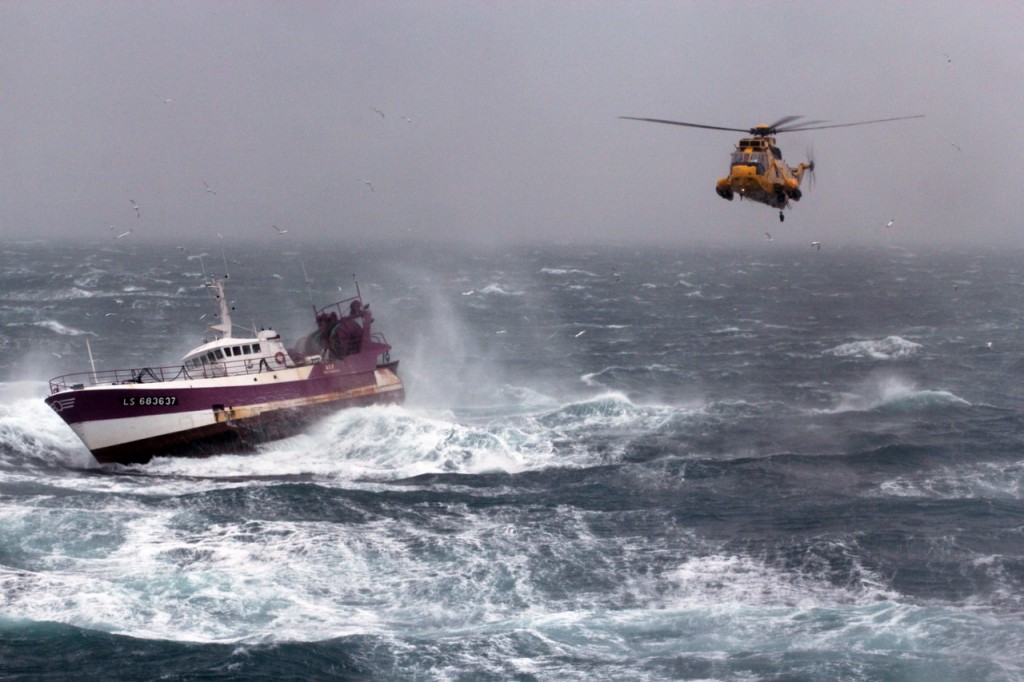 A Royal Air Force search and rescue Sea King helicopter comes to the aid of the French Fishing vessel Alf (LS683637) during a storm in the Irish Sea.

The helicopter crew rushed to the aid of an injured fisherman trapped by bad weather on the Irish Sea.

The Royal Navy Hydrographic survey vessel HMS Echo was carrying out maritime security operations when she received a request for assistance from Milford Haven Coastguard. The coastguard had already scrambled both an RAF search and rescue helicopter and an RNLI lifeboat to rescue the fisherman, but weather conditions were deteriorating fast. The 5 metre high swell meant it was not possible to lower a winchman safely onto the French vessel’s deck and assist the fisherman who was showing signs of hypothermia.

Once Echo was called in, the 3,500 tonne ship attempted to provide some shelter for the RNLI lifeboat to get alongside the French fishing vessel, Alf, but once again the weather prevented a rescue. This left them with no choice but to escort the fishing vessel closer inland before the helicopter was able to winch the injured fisherman to safety.